It has been a bit of a crazy at DJ HQ this week. On Sunday we took our two Cocker Spaniels Bracken and Winnie out for a walk on a very blustery Blackpool seafront. During the walk we noticed the wind was blowing so hard into their faces it was lifting their jowls and making it look like they were smiling!! I managed to somehow take a couple of pictures and videos on my iPhone, I could not see what I was filming to be honest. When we got home we could not stop laughing at what I had captured, the pictures and films were so funny! They were so good on Sunday night I sent a few Tweets out tagging the girls in the picture. When I woke up Monday morning things had gone crazy, my phone did not stop ringing! Next thing we know on Tuesday July 7th 2020 Bracken were on the front page of The Times Newspaper. 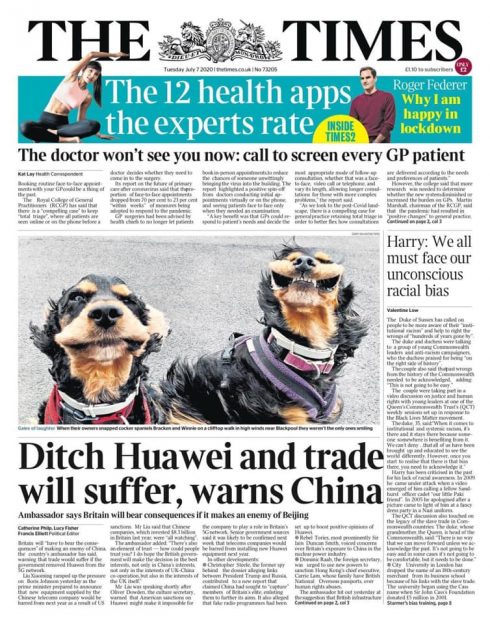 Then things really did get silly as I had The North West Tonight Team contact me and interview me. After this I had a phone call from a Company in New York, America wanting to use the video! After my interview was shown on North West Tonight the following day Bracken and Winnie were featured on Good Morning America!!

This has been followed by appearances on America’s ABC News, a piece on America’s Fox News and even featured on New Zealand’s Play Stuff News. We have also been told they have been spotted on TV programmes in Canada, Australia, Turkey, Germany and Hong Kong!! It has been a crazy week for sure and has got people smiling…a bit like Bracken and Winnie.

Anyway with all that in mind from now until the end of August all new enquiries who mention Bracken and Winnie in their enquiry will receive a 10% discount on their price quote.

I should be adding 10% on to be honest because my weekly food bill for sausages this week has gone through the roof!!